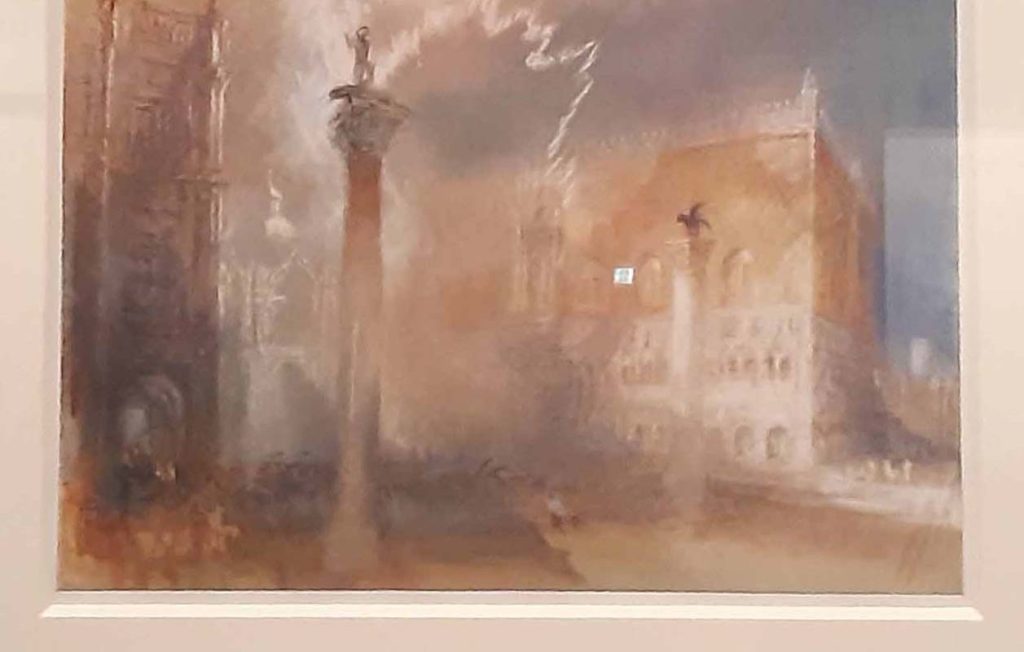 Joseph Mallord William Turner, the son of a barber and wig-maker born in London. He became renowned as one of the best artists of all time. The Scottish National Gallery hosts an exhibition of Turner paintings throughout January each year.

His works were originally meant to be reproduced as prints. William Turner took his inspiration primarily from landscapes around the UK.

Where: The Mound, Edinburgh EH2 2EL
When: Open daily 10am to 5pm (Thursdays until 7pm) until Friday 31st January 2020
Price: Free admission

The Scottish National Gallery is situated ideally between the East and West sections of Princes Street Gardens in the city centre. It is easily accessible by all modes of transport, although I enjoy taking a walk through the heart of Edinburgh’s New Town. You may enjoy a private tour with me of the New Town On that tour you will learn about several of the great minds that took not just Scotland but Britain forward in the 1800s and early 1900s.

The gallery is wheelchair friendly with plenty of seating areas, so everyone can enjoy what it has to offer.

The Turner Exhibition at the Scottish National Gallery is unparallelled with some of his finest watercolour illustrations held on display.

His scope of interest at various stages of his development as an artist took him around Europe, througout Northumberland the Scottish Borders and all over Scotland to create landscape and watercolour scenes that remain favourite tourist attractions to this day.

The William Turner Exhibition is one of my favourites and is worthy of a blog and visit within its own right. The Scottish National Gallery has the only set of Turners literary vignettes that remain together in one collection.

This collection as bequethed to the Scottish National Gallery on strict instructions that it shall only be show all at once in the month of January. This is when sunlight is at its weakest.

Born in 1775 in Covent Garden, London, Turner took his inspiration by virtue of being drawn to scenes of modern life, natural and dramatic landscapes. He further drew inspiration from history, mythology and powerful weather related phenomena.

His father encouraged and nurtured his son’s talents from an early age. He proudly displayed and sold his works in his barbers shop for a few shllimgs each.

Tuner devoted his life to his craft and lived to paint. Nothing else mattered. He attained admission to the Royal Academy of Arts at the age of 14. There, he honed his specialty in oil painting and watercolours. By the age of 26 he had reached the ranks of Royal Academian – the youngest in its history.

His first watercolour titled ‘Fisherman of the Sea’ was the first oil painting exhibited by Tuner in 1796 at the Royal Academy. The scene was made at The Needles off the Isel of Wight and captured boats in peril under moonlit skies. It provided the foundation for his reputation as an artist who specialised in oil paintings and maritime scenes. Further Turner paintings would be exhitied in the years that followed.

His achievements came with many sacrifices and a lifetime spent largely in solitude.He was motivated by curiosity of the world around him and to be the greatest painter of all time. A perfectknist with impecably high standards, he was his own harshest critic and had no time or patience for relationships or anything else. Nevertheless, it was thought that he had two daughters from a ten year affair with a widow.

His legacy of over 300 oil paintings and thousands of watercolours and drawings remains a testament to fame that continues to illuminate and inspire artists to this day. The Basnk of England chose Tuner as the first artist to be featured on the £20 note in 2016.

Whilst his works were meant to remain in black and white to be engraved as prints, Turner had the foresight to use striing colours to illiustrate the tone, light and texture to engravers.

His travels throughout the years reflected his wide interests and funded his academy eduction. It also took him around the UK and Europe. Quite a feat in those days before the advent of modern travel that we take for granted today.

The highlight of his career came in 1818 when he was invited by Sir Walter Scott to collaborate with his new publishing venture. Sir Walter Scott invited him to his home in Abbotsford in the Scottish Borders to create works of art from some of Edinburgh’s most famous landmarks.

What is your favourite art gallery in Edinburgh?

If you enjoyed this article please share it with friends. Thank you.

We use cookies to ensure that we give you the best experience on our website. If you continue to use this site we will assume that you are happy with this.ContinuePrivacy policy