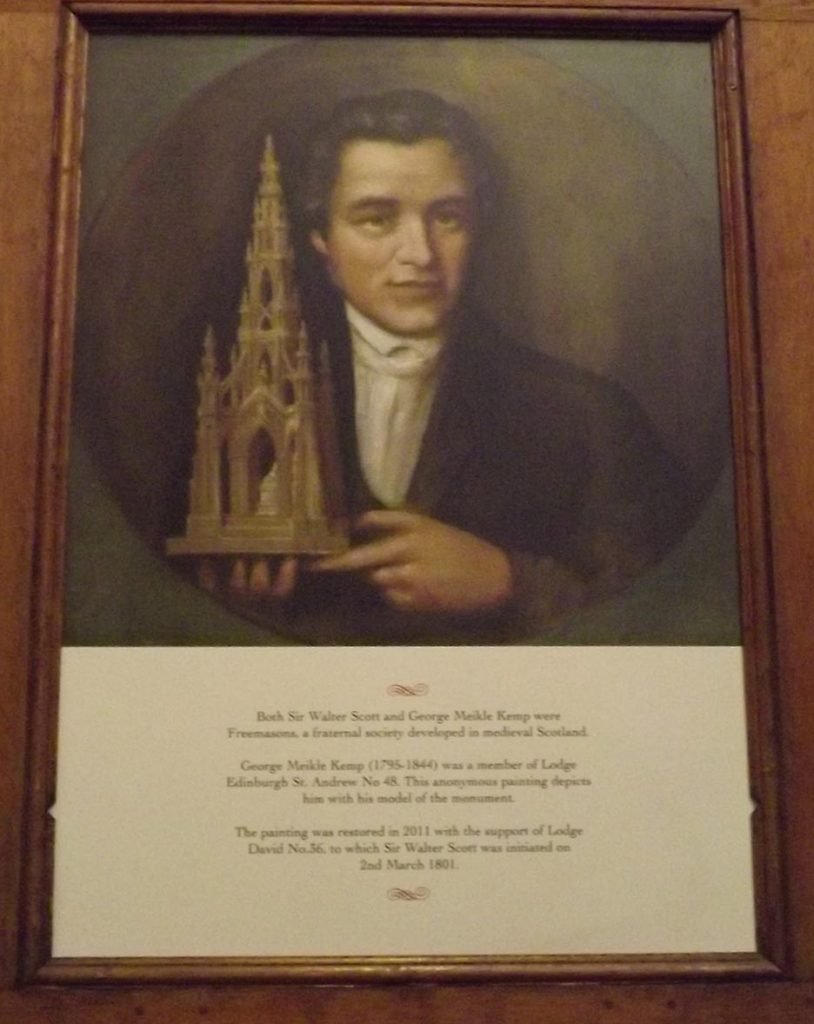 George Meikle Kemp and the The Scott Monument in Princes Street Gardens. He was the architect of it. Proof indeed that  genius never dies.

In his early life George assisted his father tending sheep. He also constructed mill-wheels. Subsequently he became an apprentice carpenter in the Scottish Borders. On a journey to Galashiels Walter Scott gave him a lift in his carriage. Afterwards, whilst sketching Melrose Abbey he met Scott a second time. Walter examined the young man’s work.

Later George was employed in Edinburgh and Glasgow. The focus of his study hobby became Gothic architecture. Latterly he travelled Europe, maintaining himself by his trade. On reaching Paris he heard of his mother’s death in Scotland. He returned to Edinburgh to start a business, which failed. However, his supreme skill in architectural drawings was greatly admired by the profession. The architect William Burn and others employed Kemp.

Sir Walter Scott, as he had become, died in 1832. The first design competition for the Sir Walter Scott Monument, to be erected in Princes Street Gardens, Edinburgh was held in 1836. Kemp won 3rd prize. The committee held a second competition two years later. Due to significant improvements in the design submitted by George Kemp for the Scott Monument enabled him to win the competition. The foundation stone was laid in August 1840. Kemp supervised it’s construction.

In March four years later he tragically drowned, having fallen into the Union Canal in Edinburgh on his way home one foggy night. Legend has it that he had partaken of too much alcohol after a Lodge meeting. George Meikle Kemp was a member of the masons, specifically Lodge No.48 St Andrews in Edinburgh. This was only six months prior to completion of the Sir Walter Scott Monument. His body was found the following week and laid to rest in St Cuthbert’s churchyard, today at the West End of the New Town.

Kemp was a lovable, modest and diffident man. The Scott Monument can be seen from his gravestone. Genius can never die.

If this inspires you to explore The New Town and discover more of the fascinating landmarks it contains. You have the opportunity. Book a private New Town Tour