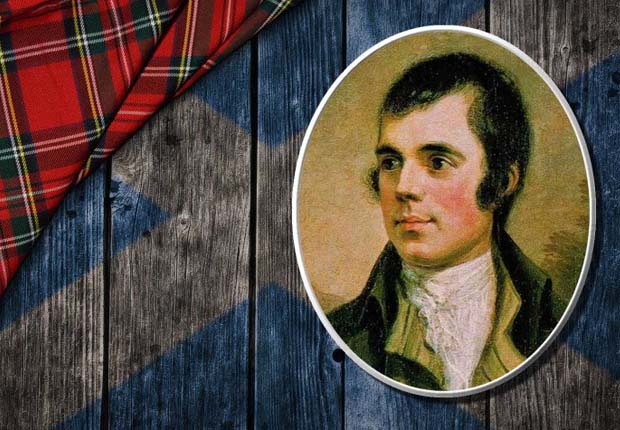 What do Rabbie Burns, Lord Monboddo – a very famous Edinburgh judge and an orangutan have in common, you may wonder. You’re about to find out!

Rabbie Burns celebrates his 262nd birthday today! We celebrate Burns night every 25th January for this reason. Our food consists of haggis, neeps (turnips) & tatties (potatoes). I will spare you the details of how haggis used to be made and what it consisted of.

However, if you are curious, you not even need to be able to translate the Old Scots language. Thanks to the Alexandria Burns Club you can read the modern English version of his world famous poem, Ode (address) to a Haggis

Lord Monboddo studied Scots law at Edinburgh University. He went on to study Roman law in the Netherlands. His involvement in a high profile inheritance case brought him to the attention of highly influential legal people in Edinburgh. He was appointed a judge in 1767.

Monboddo lived in the Scottish Enlightment period, but do not have time for intellectual ideals of the era.

Regardless, he frequently entertained guests from the Edinburgh Literati at his home in 13 St John Street near the bottom of the Royal Mile in Edinburgh. You will hear of a world famous poet who enjoyed Monboddo’s dinner parties soon. Keep reading!

Lord Monboddo had some very unorthodox ideas, including a strong belief that orangutans were human. His idea was vindicated on 2015, when Sandra the orangutan became to first non-human to be recognised as a person. This was the result of a legal case in Argentina.

Burns goes on to celebrate her charms in the fourth verse of his poem Address to Edinburgh;

He later commemorated her death in verse;

Life ne’er exulted in so rich a prize

As Burnet lovely from her native skies;

Nor envious death so triumphed in a blow,

As that which laid th’ accomplished Burnet low

We saw thee shine in youth and beauty’s pride,

And virtue’s light that beams beyond the spheres;

Thou left’st us darkling in a world of tears

Monboddo seems to have been a man before his time. A man who would be welcome at any Scottish dinner table today however is our National Bard (poet), Rabbie Burns. Tonight, please think of him as you raise a glass and say “Slainte mhath” – pronounced slan-ge-var.

Memorials of Edinburgh in the Older Time, volume 2, by Sir Daniel  Wilson