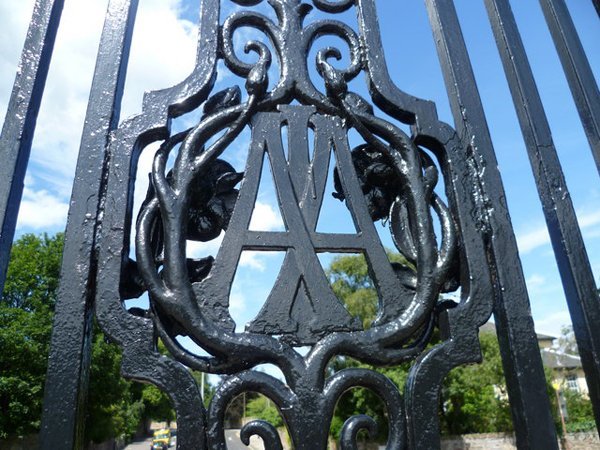 Astley Ainslie Hospital A Sad End to a Wonderful Beginning

The aim of this article is to provide a broad overview of how and possibly why Astley Ainslie hospital came into being. Specifically, the manner in which David Ainslie’s vision became a reality. It stirred me to the point where I almost cried reading family archive material in the National Library of Scotland and elsewhere! I’d be interested to hear of your feelings.

If you feel strongly about preserving the care for the community intended by the bequest and generosity of David Ainslie, the man with such a wonderful, caring vision, you can do something about it. You can even play a part.

If you live in the Mornngside and Grange areas of Edinburgh, join The Astley Ainslie Community Trust . It is well underway towards preserving his legacy.

David Ainslie of Costerton was a very wealthy man, making his money from farming, primarily sheep breeding. His will was drawn up in 1876. He wished the medical association of the parklands surrounding Millbank in Canaan, part of the wealthy Grange area in the south of Edinburgh to continue. His desire was for his bequest to be used “for the purpose of erecting and endowing a hospital or institution to be called the Astley Ainslie Institution, for the relief and behoof of the convalescents in the Royal Infirmary of Edinburgh”.

Sheep breeding and landowning were not the only source of David Ainslie’s wealth however. His nephew, John Astley Ainslie was born on 30th May 1847. He inherited a large estate from his parents and other family members. At first he shared the inheritance with his brother, who predeceased him. As such John Astley Ainslie acquired the whole estate.

A well educated man, his future was a bright one, but he sadly died at Algiers in 1874, aged just 26.  John spent a lot of time with David at Costerton. They were very close. Upon his death David acquired a considerable legacy. This was shrewdly invested and contributed significantly to the monies in the bequest for the creation of the Astley Ainslie Institution. After investment the money had accrued to an incredible £700,000.

Although the reason for the bequest has never been clear. However, many believe that David felt his nephew, John Astley Ainslie, who was in Algiers to improve his health, might have survived had he received skilled convalescent care.

David Ainslie’s will stipulated that the monies were to be invested for a further ten years upon his death. Only then were they to be used to establish the Institution. He passed away in May 1900. World War I meant that, after all the formalities the hospital did not open until 1923.

The National Health Service are gradually closing wards and selling off some of the most valuable real estate in Scotland. Especially the invaluable lands of the Astley Ainslie Hospital. It is located in the Grange in Edinburgh.  Patients and staff are to be moved to other parts of the NHS within the city.  This ends one of the most wonderfully thought of and planned philanthropic bequests in Scottish history. I wonder what David Ainslie of Costerton would make of it all?

Another great philanthropist from Edinburgh of the past was Reverend Thomas Guthrie. Read part one of his pivotal role in the establishment of Ragged Schools in Edinburgh in the same, Victorian era.

I am the owner-guide of Edinburgh Tours and History. Join me on a small private group tour of a variety of historic areas and attractions in Edinburgh. Take an inspiring walk through our cobbled streets, into our valleys and throgh one of Scotland’s top visitor attractions with me.

More than that. The land was originally part of the Common Good which was gifted to the royal burgh of Edinburgh by the Scottish crown for the common purposes of the citizens. It was sold off ilegally by the magistrates in parcels to their friends in the 18th century. Then by good chance it has come back into common purposes again by this man’s gift. We must not let it slip away again.

David Ainslie is my great grandfather. One day I will travel from my home in South Africa to see his amazing vision, in real life.